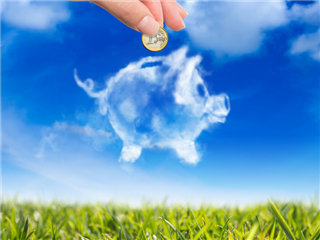 This is an important point as COVID-19 has changed a great deal about how we approach infrastructure builds and the ongoing support in the enterprise. In many ways, organizations look at cloud-based opportunities as a direct alignment with remote workers and cost-cutting, Patrick Kelley, CTO at Critical Path Security in Canton, Ga, told us. It is often viewed as an opportunity for organizations to transfer some of the capital and operational expenses that are typically viewed as a loss.

Additionally, as platforms and the underlying technology becomes increasingly advanced, it shifts technical debt away from the organization and onto the 3rd party vendor, requiring fewer highly specialized resources.

The real cost issue, he said, is centred around Shadow IT and project scope creep. Traditionally, adding new servers and storage capacity would require a request through a Change Control process, where several sets of eyes at varying levels in the organization would determine what impact, both positive and negative, the change would have on the organization.

Today, it is as simple and walking through a 3-step process to launch a new instance, he said. That gets expensive very quickly, especially in organizations that perform multiple software development processes requiring additional testing environments.

In 2020, greater than 61% of organizations began the process of migrating to the cloud. However, 58% found it more expensive than expected and 80% have overshot the budget due to unexpected complications. “In our direct experience, we’ve seen the majority of organizations walk back much of the planned implementation while leaving services like Office365 in the cloud;” he said.

Some of these projects are decommissioned, while others land in a bit of a hybrid environment. The cost of integrating the services into their organization, while maintaining visibility into cost and security has been largely unanticipated.

“It's possible to migrate to the cloud and keep costs in check,” he added. “For that to be possible, a well-thought and actionable plan must exist that takes account of potential unexpected complications. Experience is key when migrating to the cloud.""

Patrick Kelley speaks with students in Argentina regarding how to protect themselves from online threats!

What is the General Data Protection Regulation (GDPR)